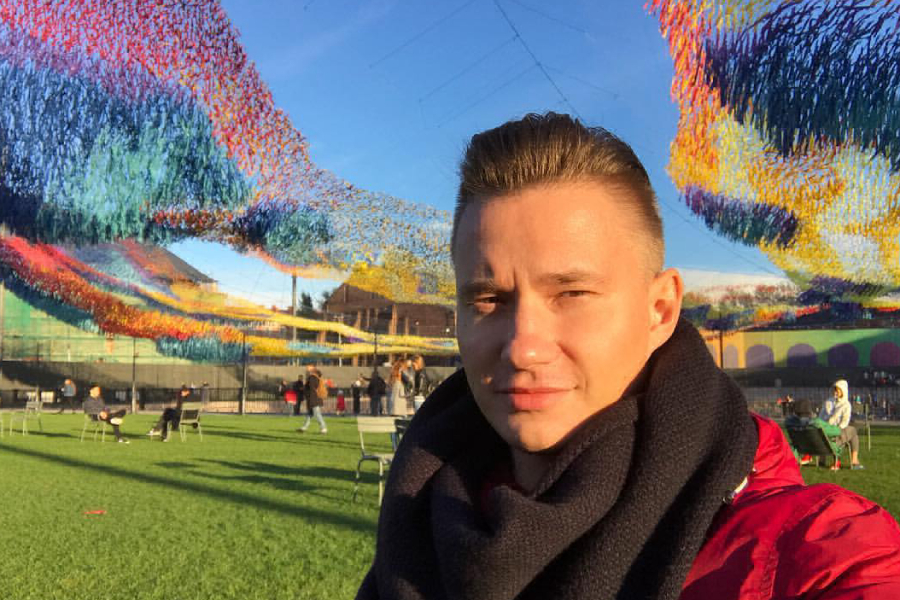 Thirty-year-old Tomsk resident Nikolay Muraviov is developing a mobile app for the rehabilitation of paralyzed arms and legs. Ten years ago, he suffered a spinal injury and lost the ability to walk. Doctors told Nikolay that to speed up the recovery process, he must mentally imagine that he’s moving his legs. Nikolay decided that virtual reality could help with this. Nikolay Muraviov told us about the development of the application for rehabilitation for people with paralysis.

“In the hospital, I was told that my back was broken”

I got injured in 2010 at a ski resort. We went there to celebrate a friend’s birthday, it was freezing outside, and I was very cold. To warm up, I decided to roll downhill on sleds and then get up the hill. I rolled out on a small ski ramp, at high speed missed a turn and crashed into two trees with my back. I only regained consciousness in the ICU. My friends evacuated me correctly, and luckily, there was a doctor on from a nearby regional hospital, who was skiing at the same resort. He helped. In the hospital, I was told that my back was broken.

While in the hospital, I didn’t think about being depressed, I was just surviving. Terrible pains. There were medical errors that nearly killed me. It was hard to see my family and friends worried because they couldn’t help with anything. At the moment I thought: “If I die sooner, it would be better for them.”

It wasn’t easy. But it was not terribly difficult because I have good friends and family who appreciate and support me. When I was brought home, my father carried me in his arms to the bathroom. It’s a heavenly pleasure to have a bath for the first time after spending several months in the hospital.

During rehabilitation I was just happy to feel new sensations. For the first time in a few months, I could touch running tap water with my fingers. In the hospital I only got sponge baths and was once moved closer to the sink. Being able to wash myself was an incredible feeling. My eyes welled up with tears.

I spent a total of 4.5 months in three hospitals. I had three surgeries: they put an implant structure to support my spine; two titanium spinal disks; and performed a kidney surgery—it was saved, despite the consequences of the accident. After that, the rehabilitation period began. The neurosurgeon told me to imagine how I move my legs, toes, and feet. I was joking that it was like in the movie “Kill Bill”, where the main character, after being in a hospital for a long time, was lying in a car, trying to move her fingers.

But imagining was difficult. My imagination is pretty good, but I could only use it for 10-15 minutes. Then I’d get mad and fall asleep. I was thinking of how to make the process easier.

I saw a VR headset for the first time in 2013-2014. That is how I came up with the idea of developing an application in which a person can move their limbs. And they do not have to imagine the movement because they will see it. But at the time, VR headsets were too expensive.

In 2017, I participated in a virtual reality hackathon. I announced my idea and several people joined my team. We won, and after that, I had a short period of clarifying the idea and adapting it to current technologies. I won a computer, a VR headset, and some money. Then we began working on the project. I prepared a technical task for the programmers and they developed a prototype app for me.


I asked my friend Maxim Zhdanov to join the project, he has a great deal of experience in entrepreneurship, and cybernetic doctor German Shnaider. We started participating in different competitions, won a trip to Germany for the final of the social projects competition Falling Walls Lab. There were many great projects from all over the world and the fact that we were among them is a huge victory in itself. We didn’t get an award-winning place, but we got the connections and support of foreign authorities. We were offered help getting our project onto the European market.


Now we have a prototype application for a desktop computer and for two types of mobile VR headsets. These are headsets with their own software. You install the program, and you may start rehabilitation training. The third stage is a mobile application: a person can install the app and use a cardboard viewer (a viewer from Google into which you can insert a smartphone: Takie dela’s note). Our goal is to keep the price below 1.5 thousand rubles. We have many competitors because people started to realize that using VR in the rehabilitation process is a promising field. But on average, the price for certain pieces of equipment (computer hardware, VR headsets, different sensors) runs from 600,000 to 1.5 million rubles.

In 2020, we plan to release the mobile application: the version for mobile VR headsets and the version for smartphones. I tested the first prototype on seven people in the rehabilitation center in Berdsk. Most people felt a chilling or tingling sensation in their legs, like minor electric shock. Some people could distinctly move their limbs. There was a guy after an injury, who put on the VR headset started to virtually move his hip, which made his leg move in real life! His mother was running around the center, shouting: “How much does it cost? We will buy the computer with the headset!“ We conducted trials in Tomsk, too, and all the participants experienced tingling, blood circulation improvement, and shooting pains. In total, we tested about 30 people.

But I am the cobbler wearing the worst shoes. As soon as the program is ready, we send it to the trials. I train from time to time but not regularly. I don’t have enough time or energy for that. But the more I train, the better I feel the muscle groups responsible for the movement that I perform.

Brain plasticity is the brain’s ability to change and adapt as a result of an experience. Every part of the brain is responsible for a particular action. When a person does not do something for a long time, this area in the brain “resets to zero”. If we do not practice a foreign language, for example, we begin to forget it. When a person does not move his hands for a long time or walk, the brain regions responsible for these actions “forget” about them. In VR, we replace the body with an avatar, form a new neural map and make the brain think that it can move a leg or arm.

There is a physical therapy bicycle in rehabilitation centers allowing your legs to cycle. You are fastened to it, and it seems that you cycle yourself but in fact the bicycle does it for you. At first you imagine moving your legs, but after a while, that feeling disappears. In our application, you control the effort you put into squeezing your fist. You control how high you lift your leg and feet. The brain sends impulses to the legs in the form of micro contractions, blood circulation improves, and new neural connections are formed.

About living with a disability

I receive a disability support pension but it’s almost impossible to live normally on that money, it’s a very small amount. I have to find ways to earn a living. The app doesn't bring money yet. But I also don’t have a goal to make money on people’s suffering. The goal is to help them, because I experienced it myself.


I make helmets from the “Star Wars” and “Iron Man” movies. I made a couple of base models at an average price so that they would be available to fans and collectors. For example, I’ve made a stormtrooper helmet from Star Wars, a helmet of First Order, or Kylo Ren’s helmet. All the rest of my works are individual.

Until spring 2019, I worked at a children’s technology park “Kvantorium” as a laboratory assistant / teacher. There were a few of us teachers, we became friends and made R2-D2 out of metal. We showed it at the Street Vision street art festival and then gave it to the person who sponsored the creation of this robot. I appeared in a television commercial for Brooke Bond, where we mapped out ten thematic routes in Moscow and St. Petersburg for wheelchair users. Brooke Bond then asked me to choose a gift for our city. I chose a sports ground for people with disabilities.

Author: Marina Sening
ABOUT PROJECT
CONTACTS
STAY IN TOUCH
Subscribe to the monthly project news digest to keep up to date with the app updates and the team's achievements. 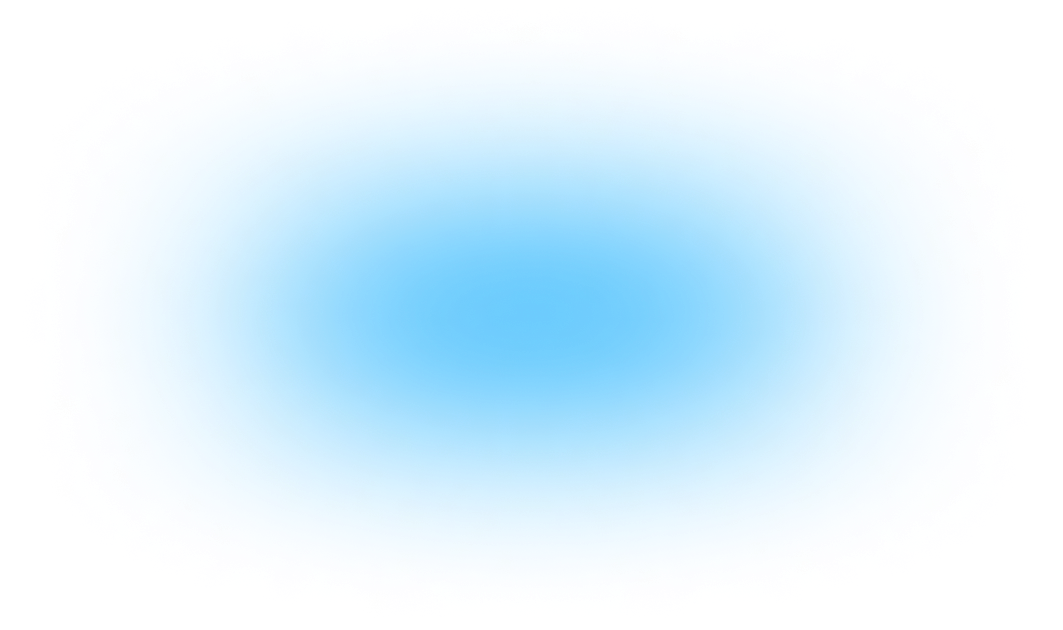